What is an Unlined Bra and Why Should I Wear It?

Unlined bra is almost any bra that doesn’t have extra padding (such as foam) that is often meant to create push-up effect. Unlined bras, often referred to as non-padded bras, do have molded cups, it’s just that their cups are thinner and are lined with fabric layers, as opposed to foam padding.

What is unlined bra and its types: 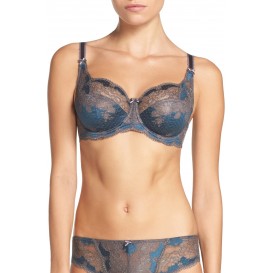